The Joy of Books

This is definitely what happens in bookshops (and libraries) at night…

Posted in Odds and Sods, Video

Posted on January 25, 2013 by publishingatloughborough | 2 comments

Is the Publishing Industry Too London-centric? By Sophie Pallier

One of our Publishing finalists, Sophie Pallier, discusses whether the UK publishing industry is too London-centric:

Posted in Odds and Sods, Opinion

Life of Pi: Book or Film

Posted on January 11, 2013 by rachelannworthington | 2 comments 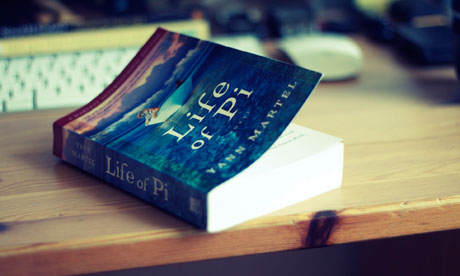 When I found out that Yann Martel’s international bestselling, Man Booker award winning novel Life of Pi was being turned into a film I was immediately curious as to how it would be done.

It did not surprise me that 20th Century Fox wanted to turn the fantasy story into a film (it probably wasn’t the only film producer to want its rights!) After all, the novel Life of Pi has sold more than seven million copies worldwide, making it one of the bestselling books of all time – it certainly bodes well for a film adaptation! It also means that it has a LOT to live up to.

At first I doubted whether such a book could be adequately caught on film, but from the outset audience are drawn into India and are then taken on a memorable journey across the South Pacific.

The plot is well explained and most of the key ideas are transferred from book to screen. The characterisation is executed slightly differently and as a result I liked Pi of the film more than I liked Pi of the book. The film’s Pi is more human and easier to relate to, he experiences heartbreak and the audience sees him misbehave – the Pi of book does not have a young love and does not put himself in danger to see a tiger in the zoo.

The main advantage of the film is that it offers a real visual experience in 3D, with some superb special effects, notably as rain falls and the audience sway to miss the drops (that’s when you know a viewer is really engrossed in the action!)

However, a niggling part of me couldn’t help but think that the spectacular effects were distracting the audience from the fantastic story behind the images. There is a stunning scene where jelly fish are lit up against the dark ocean at night; offering Pi a glimmer of hope with religious undertones. When comparing this to the same imagery of the book I feel that Martel manages to focus the context in a way that the film fails to do. This scene in the film entirely isolates the idea of Pi’s desolation and is a total distraction from the grander scheme of the plot.

Overall I think the film does justice to the book. The film compares negatively only because the scope of a film is different to that of a book. The nature of the story means that it is better suited to the page than the screen.

Seeing the film made me want to read the book again, rereading it made me realise that you can only say that you have experienced the Life of Pi when you have read it twice, because there are so many things that the reader can relate to on a double level when they know the ambiguous ending. Martel’s book is a real experience, the film skims the surface of the story but an hour and half is not sufficient to make the audience feel what Pi felt as he was stranded for 227 days in a lifeboat on the Pacific Ocean.

The main conversation after the film was about which side of the plot was true. Logically, neither are true, they are both parts of a well-made piece of fictional literature. But then, all stories are born from truth, aren’t they?

Most Anticipated: The Great 2013 Book Preview

After reading Literary 2013 it’s clear that 2013 is going to be a very exciting and book-filled year.

Here’s a preview of some exciting things to come: http://www.themillions.com/2013/01/most-anticipated-the-great-2013-book-preview.html

A very exciting look ahead to 2013 in books:

What are you most looking forward to?

Five self-help books that want to change your life 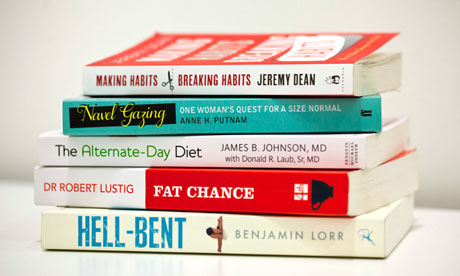 It’s January and most of the well-meaning new year resolutions are broken already. But does that mean self-help books are the answer…? The Guardian certainly think so. Here is their review of five self-help books that want to change your life: http://www.guardian.co.uk/lifeandstyle/2013/jan/07/five-self-help-books-change-life